CASE Award studentships are designed for graduates newly recruited into the doctorate scheme by the University and the sponsoring company.

The research engineer will, if eligible, receive a maintenance grant, supplemented by a top-up from the sponsoring company.

The costs are negotiable and are dependent on IPR terms, sponsor type and size and likelyhood of requiring access to department facilities.

It is intended that this mode that of participation should be attractive to small companies and businesses.

It is available to support new 3-year EngD or PhD studentships and the cost of the studentship is shared between UCL and the partner organisation.

The costs are negotiable and are dependent on IP terms, sponsor type and size.

It is intended that this mode that of participation should be attractive to small companies and businesses.

Employee Sponsorship studentships are designed for the participation of company employees in the PhD, EngD or MRes programmes.

All costs are met by the company;

These costs are negotiable and are dependent on IP terms, sponsor type and size and likely need to access department facilities.

Sponsoring a student or seconding an employee will give your company access to a vibrant community of students and world-leading researchers who specialise in cutting-edge research areas such as sensors, detectors, tracking, 3D, modelling and visualisation, and interfaces, gaming and social.  The VEIV Centre enjoys the benefits of UCL's multi-disciplinary tradition and shares ideas and resources from across the departments of the Faculty of Engineering and beyond.

The VEIV Centre is located in the heart of London and subsequently has formed and maintained strong links with industry over its 15 year history.  London is also home to numerous technology communities, for example the Graduate Developer Community [include a link], who meet regularly and provide mentors for students interested in finding developer roles when they graduate.

UCL also supports a variety of entrepreneurial activities and EngD students can take a variety of courses at UCL or the London Business School that train them to evaluate technology and run innovative businesses. See our Prospective Students pages for more inforamtion on the taught modules [include a link]

The centre bridges many groups around college and has access to a wide range of facilities:

The main intellectual property of an EngD project is generated by the Research Engineer (RE) - the student!

As all research projects are unqiue they will draw upon existing labs' work and facilities, the expertise of the supervisors, and the resources of the sponsoring organisation to differing extents.  With so many variables involved the VEIV Centre has developed flexible IP contracts that can be tailored to meet all partnerships.

For REs who are sponsored students there are two typical contracts:

The UCL Finance Division guidance is as follows (updated October 2011):

The budget Report in March 2011 made a number of changes to the way R&D tax credits work.

Currently if a company undertakes R&D the cost of that work generally counts as expenditure that is deductible from company profits, reducing their corporation tax bill. The tax credit allows an extra 30% of certain R&D costs to be deducted from the taxable profits figure, reducing the tax bill further. For smaller firms the extra deduction is 75%.   From April 2011 the tax credit for SME’s (less than 500 employees) will be 100% and from April 2012 the extra reduction is 125% - see worked examples.

SMEs can benefit from the scheme even if they are not making profits - many start-ups do not. For example, if £100,000 is spent on R&D, then the SME credit raises that allowance against tax to £200,000. But if the company is not paying tax, the government allows up to 16% of that in cash - £32,000 in this case - to be paid back. A potential limitation is that the company has paid the government an equivalent amount in PAYE and National Insurance contributions.

SMEs can also claim the credit on costs incurred when they subcontract the R&D work to a third party (eg Universities), but large firms in general cannot.
Directors of centres, Principal Investigators, Supervisors and BDM’s and Contract Managers should direct potential Funders to Research and Development (R&D) Relief for Corporation Tax. It’s a ‘no-brainer’ invest in your companies future or give to central government and never see it again.

The Inland Revenue has set up a network of R&D Tax Credit units across the country to advise innovative small businesses and assist them to take advantage of the R&D tax credit system - funders should be directed to Research and Development (R&D) Relief for Corporation Tax for further information.

Currently, firms have six years to claim the credit (two years for SMEs claiming the cash repayment). The government plans that in future the two-year limit will apply in all cases but has not indicated when this would start. It is unlikely that the change will be retrospective. R&D undertaken in 2005, for example, will still qualify for the additional tax deductions until 2011.

In addition, the relief now is limited to revenue costs. The government is looking at loosening the rule that excludes capital expenditure, which is important because some firms capitalise the costs of drug discovery for example.

The cost of paying volunteers to take part in clinical trials will become an eligible cost but it is not yet clear when this will take effect.

Recent guidance includes striving for a technological advance by overcoming technological uncertainty. Software remains difficult to define, but if the software development is outside routine or standard practice, then it may fall within this definition of R&D.

“I had previously completed an MSc at UCL and after a short stint in industry, an EngG vacancy at UCL became available that I could not resist. The combination of the topic, academic supervisor and industrial partner was perfect. Although it seemed like a leap of faith to quit my job to be a student again, being back at UCL I knew that I was in safe hands. A world leader in research, the strong connections to industrial partners within London and beyond opened many opportunities to me. The environment is one that encourages researchers to thrive and explore creatively. Simply put, the more you put into UCL, the more you get out!”
Kelvin Wong, MRes + EngD Student, 2013 cohort

“I chose to study at UCL because of the calibre of the research group and facilities. During my four years as an EngD I have grown greatly as a researcher with the guidance and example of the academic staff.”
Sebastien Friston, MRes + EngD Student, 2012 cohort

“After working in industry for a few years, I was very keen to develop my skills in research but didn’t want to lose my connection with industry. The Engineering Faculty at UCL has a great reputation around the world and I had experienced this first hand during my undergraduate degree. My lecturers and supervisors had always been incredibly supportive throughout and this didn’t change during my time as a postgraduate. The MRes and EngD programme appealed to me because of the strong collaboration between industry and academia. I was highly motivated by the idea of solving a problem that was significant to my industrial sponsor. The programme allowed me to split my time and grow in these two environments. After returning to industry I can instantly see the benefits the programme has had to me in terms of the wide variety of skills that I have developed, but also the impact it has had on my career progression.”
Anita Soni, BIM Strategy Manager, Skanska, 2010 cohort

“I couldn’t have chosen a better career path than when I decided to do an EngD at UCL. One of the main objective of the EngD programme is to create the next generation of academic and industrial leaders, and the programme does exactly that. I was lucky enough to do what was essentially a Masters and PhD, plus developed invaluable knowledge and skills to understand technology transfer and innovation that you wouldn’t typically get from doing a traditional PhD.

My Research focus was in the area of optimisation. I designed and implemented optimisation algorithms that could solve real-world problems faster and better than state of the art, which had wide-ranging applications in both academia and industry. Subsequently I span out a company loosely inspired by this research that was funded ad supported by UCL. As CEO of this company (Satalia) I can testify to how well the EngD prepared me for this role.

The EngD is an essential degree for those interested in science and the pathways to impact of research, which are both critical in securing academic funding or being a successful entrepreneur, engineer or manager. The EngD gave me the option to have a career in academic and equipped me to be a success influencer in business and industry. “
Daniel Hulme, CEO, Satalia, 2003 cohort 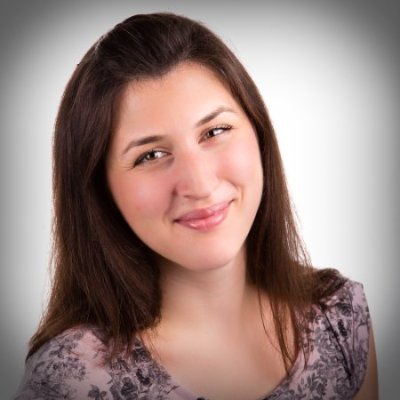