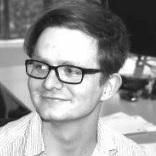 In collaboration with Aedas R&D and UCL, my research will explore the use of advanced modelling at the early stages of design, utilising performance data and environmental simulation as architectural design drivers.

The aim of my project is to give game design artists better 3D references and scene reconstructions which can be directly fed into the creative pipeline.

Aperiodic tiling patterns result in endlessly varied local configurations of a limited set of basic polygons, and as such may be used to economically produce non-repeating, complex forms from a minimal set of modular elements. Several well-known tilings, such as by Penrose (2D) and Danzer (3D) have been used in architecture, but these are only two examples of an infinite set of possible tilings that can be generated by the projection in two or three dimensions of high dimensional grids subject to rotations.