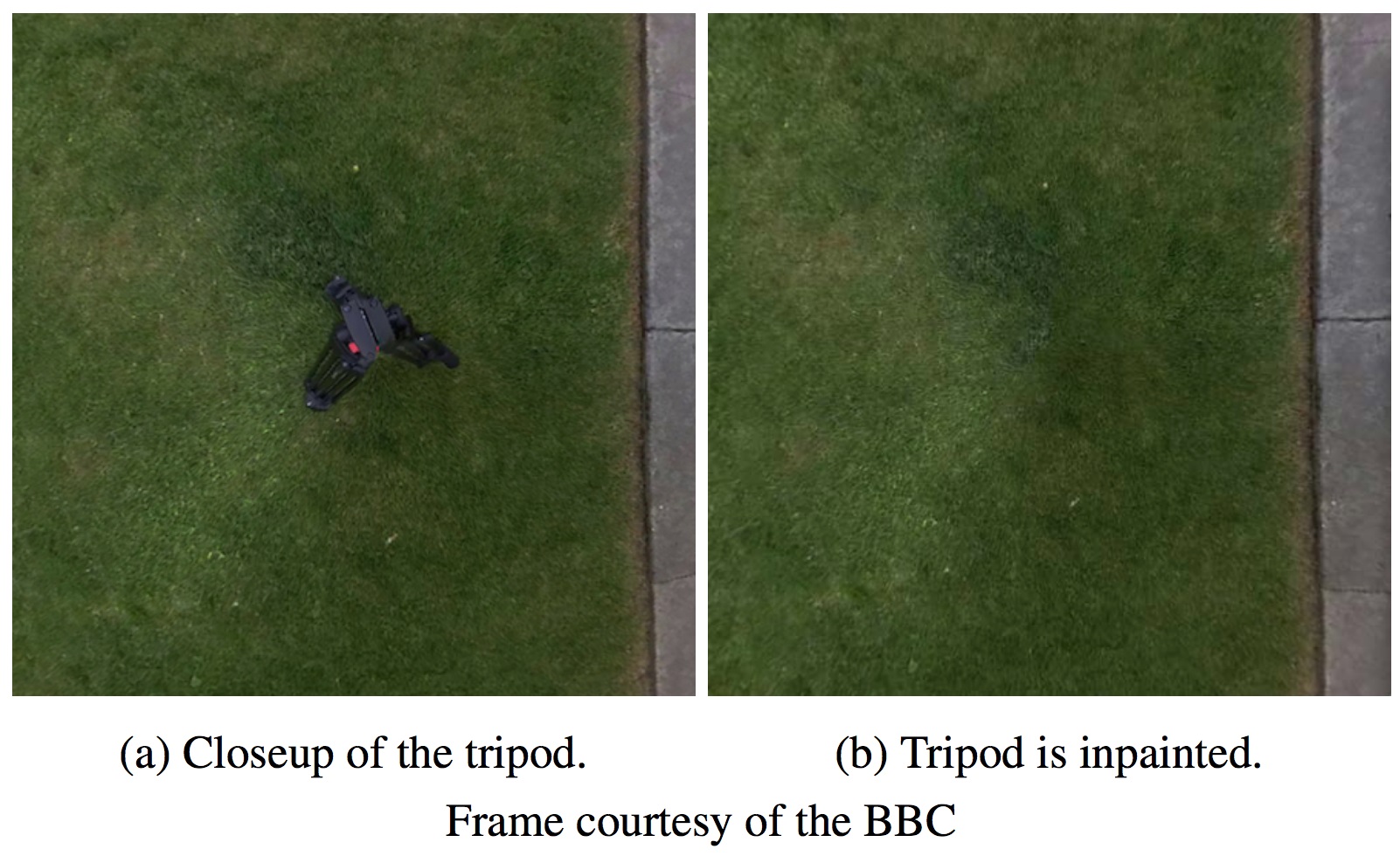 Due in large part to new consumer virtual reality systems, panoramic media is an increasingly popular image and video format. While the capture of panoramic media is well understood, editing still poses many challenges. In this research we explore object removal in 360° images.

First, a method is proposed in which field-of-view expansion using retargeting techniques is combined with Graphcut Textures to remove objects near the equator of the viewing sphere. Several extensions and refinements are proposed to improve this technique, including how it can be extended to removing objects anywhere on the viewing sphere.

Secondly, inpainting in 360° images is examined, with an exploration of how the choice of projection affects the inpainting result.

Finally, the latter technique is shown to work for video in certain situations.