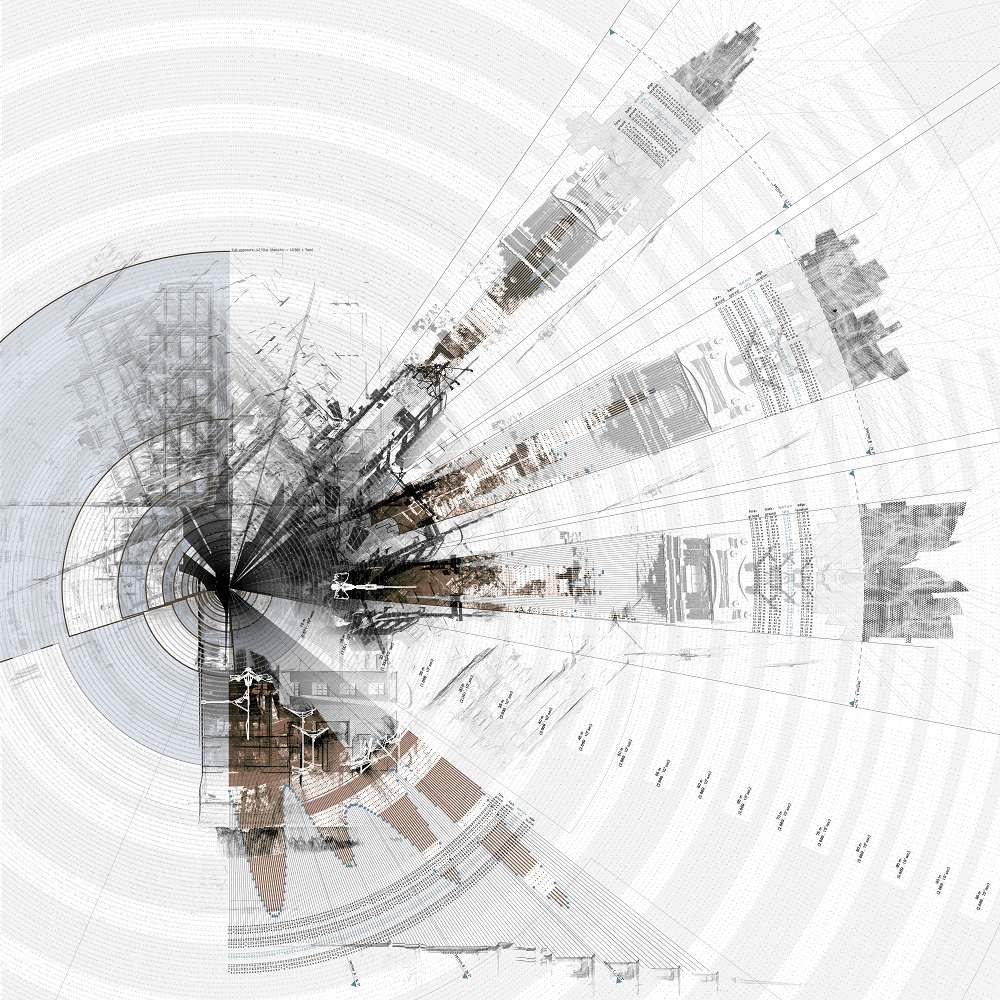 Within architectural practice, 3D capture technologies such as Lidar, structured light scanning and high-resolution photogrammetry are finding an increasing use as survey¬ing tools that allow for previously unimaginable levels of precision and customisation during both the design and building phase. As these technologies are soon to become small, cheap and ubiquitous, the project interrogates how we might start designing a built environment specifically addressing its new post-perspectival audience. In other words: it develops designs that are as much directed towards the human as the machine eye and balances the rules entailed by both modes of vision.

"It is almost as if the image in the mirror were suddenly modifying our face, the electronic representation on the screen, the radar console, modifies the aerodynamic silhouette of the weapon, the virtual image dominating in fact 'the thing' of which it was, until now, only the 'image."
Paul Virilio (Desert screen: war at the speed of light. London, Continuum, 111.)

The project prototypes and tests high-resolution fabrication techniques using the expansive digital manufacturing facilities of the Bartlett School of Architecture, including 6 and 7 axis robotics and 4 axis milling machines. A strong emphasis lies on the development of computational simulation techniques to predict and model the optical behaviour and performance of fabricated components, tailored towards being digitized by 3D imaging techniques. As such, the project will benefit from being both based at both UCL’s architecture department and at the VEIV. The simulation and its translation to fabrication uses a series of tools that range from animation software packages to custom parametric architectural scripting components.